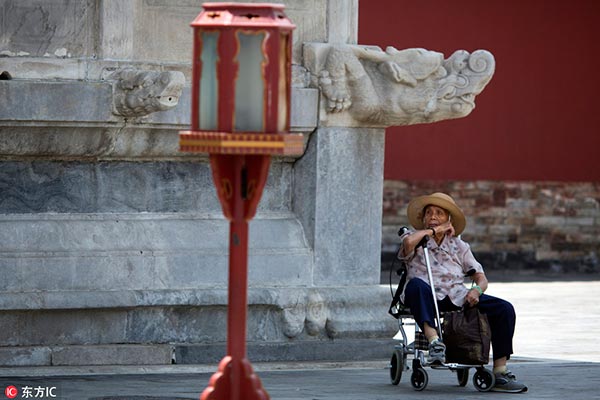 An elderly Chinese woman rests in a wheelchair at the Temple of Heaven park in Beijing, June 5, 2015.[Photo/IC]

The team suggested lowering the market access threshold and encouraging more private capital into the sector.

While the aging population poses tremendous challenges for the government, it also means huge business opportunities for related industries.

According to a report published by the China National Committee on Aging, Chinese people will spend about 5 trillion yuan on elderly care by 2050.