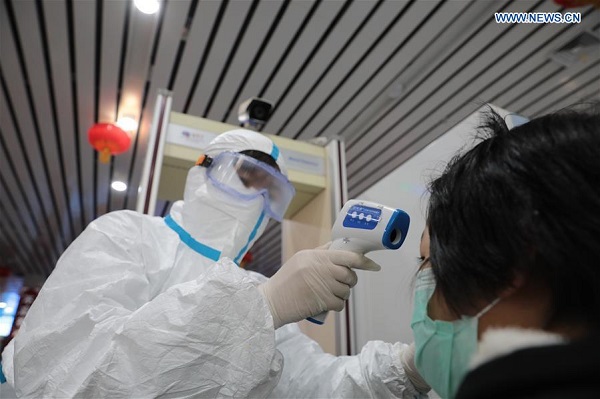 The total number of confirmed cases of the novel coronavirus climbed to 11,791 as of midnight of Jan 31, including 259 deaths and 243 who had recovered and been discharged from the hospital, according to the National Health Commission.

A total of 17, 988 suspected cases were reported as of Friday. At present, 136,987 close contacts of confirmed cases had been tracked, and among them, 118,478 are under medical observation while 6,509 such people were freed from observation on Friday.

Hubei province, the center of the outbreak, reported 1,347 new confirmed cases and 45 new deaths on Jan 31, bringing the two numbers up to 7,153 and 249 respectively, according to the province's health commission.

A total of 6,738 confirmed cases, including 956 with severe symptoms and 338 in critical condition in the province, are receiving treatment in isolation at designated medical institutions.

The provincial commission said that 41,075 close contacts of the infected are being tracked and 36,838 of them are under medical observation.