In October 1949, a foreigner was invited to the Tian'anmen gate tower for the founding ceremony of the People's Republic of China. The foreigner was George Hatem, known as Ma Haide in China, the first Westerner exceptionally approved to become a CPC member and obtain Chinese citizenship. 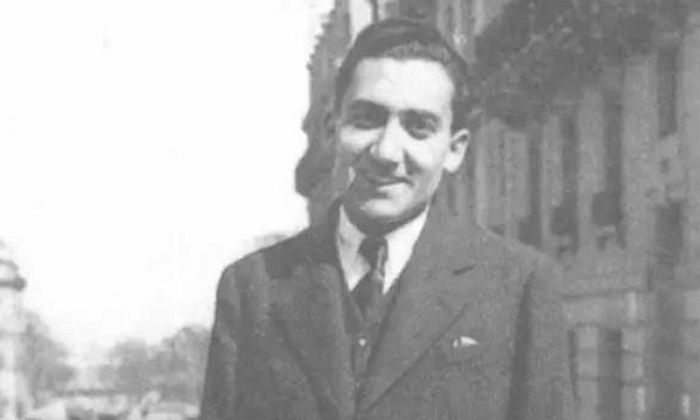 Hatem in his youth

In 1933, George Hatem, an American doctor, came to Shanghai to study tropical epidemic diseases in Oriental countries at the time. Influenced by his friends, Hatem began to read Marxist works and study China's revolution. That was how he came to know the other world in China — the CPC revolutionary base. In June 1936, recommended by Soong Ching-ling, Hatem arrived in Bao'an, Shaanxi, then temporary headquarters of the Chinese Red Army. In the months followed, he joined different Red Army troops at their operations and witnessed this extraordinary people's army with his own eyes.

The three months in northern Shaanxi let Hatem see the real CPC. He was impressed by the indomitable Red Army soldiers and their solidarity in the face of tremendous hardships. Once, during the march, the troops suffered from severe shortage of necessities and every one was hungry and exhausted. Seeing Hatem too tired to go further, an old soldier fumbled in his pocket for a while and took out a small piece of rock candy. He removed the many layers of wrapping paper, and handed it to Hatem. Hatem was deeply moved. Braving all odds, the army and the people were united as one. Such optimism was rarely seen in other places in China at that time. It inspired Hatem to stay in China for the rest of his life, as he believed that only those people could change the future of the country. In October 1936, the American journalist Edgar Snow, after doing interviews in Yan'an, asked Hatem about leaving with him. Hatem, however, made a big decision: he would stay in northern Shaanxi. And he gave himself a Chinese name "Ma Haide”.

After the three main forces of the Chinese Red Army converged in October 1936, Hatem, who had been appointed the public health adviser to the Central Military Commission of the CPC, stayed in the troops. On the battlefield, Hatem saw soldiers who braved all dangers on the front line, who held their guns tight in hand even after they died. He saw high-ranking Red Army officers such as Zhu De and He Long gave their own horses to the injured. Young soldiers laid down their lives for the lofty ideal about a new China. Deeply moved, Hatem made another important decision in his life: he applied to join the CPC. His application was soon approved by the Party. In February 1937, Hatem officially joined the CPC. He said that he felt extremely delighted to be able to participate in this great cause of liberation, to get truly involved rather than stay as an outsider.

In June 1944, Harrison Forman, Israel Epstein, Gunther Stein and other foreign journalists came to Yan'an to conduct interviews. They also talked with Hatem. "One of the things I like most about this place," said Hatem, "is that there is absolutely no professional jealousy here. This is due in large measure to the fact that there is no financial incentive, no rivalry for special honors or favors. All of us work together like members of a big family, and satisfactions and disappointments are mutually shared."  Hatem also mentioned the change of his mind in Yan'an, "They taught me a very great deal I probably couldn't have learned any other way. And I had some pretty swell people to learn from, you must admit.”

In 1950, Hatem officially became a Chinese citizen, and was appointed Medical Consultant of the Ministry of Health of the PRC. He helped to establish the Central Dermatovenerology Institute, and devoted himself to the prevention and treatment of and research on venereal diseases and leprosy. Looking back at his life in China in his later years, Hatem said that the past fifty years of life taught him a truth: one must have strong convictions to be useful for the society, and that life is about fighting against difficulties and scaling new heights, one after another.