Home> You May Want to Know 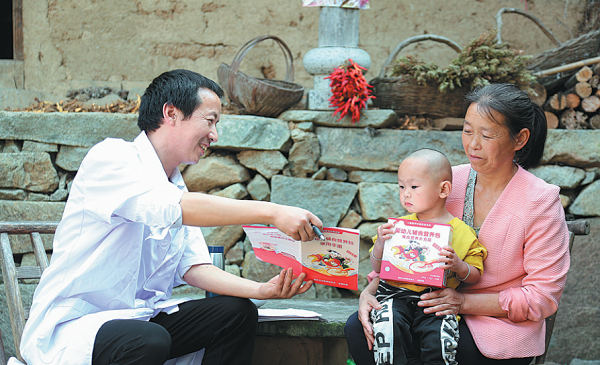 Four-year-old Song Junxuan had struggled with fever, cold and diarrhea from the time she was born－until a sachet of slight yellow powder came to her rescue.

The packet, called Ying Yang Bao, contains a mix of essential vitamins, minerals and proteins designed for infants and youth at risk of micronutrient deficiencies. It can be mixed with water, rice or other simple foods.

Lushi county, where Song was born, was one of four severely poor regions in Henan province.

Song, whose parents had left her in the care of her grandmother when she was 10 months old to work in other cities, began taking the powder daily after a local doctor found she was suffering from anemia.

The rollout of Ying Yang Bao, or Fortified Complementary Food Supplement, was the cornerstone of a nationwide program aimed at improving the nutritional status of toddlers in impoverished areas.

The program was launched by the National Health Commission and All China Women's Federation in 2012.

To this day, Song's grandmother can't help but heap praise on the program. "She now goes to the kindergarten and she rarely gets colds or diarrhea," she said.

In addition to offering free supplemental food, local authorities have launched programs to educate parents on correctly mixing the powder and to promote understanding of child nutrition.

The local government said in July that more than 26,000 children across the county had benefited from the program. The county was officially removed from the impoverished list in February.

Jin Xi, a women's and children's health expert at the Chinese Center for Disease Control and Prevention, said that by the end of last year, the program had been expanded to include all 832 previously impoverished counties in the country. More than 11.2 million children had participated, she said.